The Value of Hiring a Professional

I have mentioned in previous entries that I like to know to do things for myself and I stand by that statement. That said I also have learned the value  of hiring a professional. I learned this lesson several years ago. My initial internet presence was by way of several online communities that operated on software called “Simple Machines Forum” or SMF. SMF is free and support comes by way of a community or by paying a few for access to the SMF staff. The system was ok initially but eventually my needs outgrew both the software and support. The decision was made move to “Invision Power Board” or “IPB”. This was a huge decision and it required converting from the SMF platform to the IPB platform. I researched quite a while to see what was involved in the conversion and learned that there was a utility that existed to do the migration. Unfortunately though the conversion would still require some on the fly work because the conversion is simply not a one to one move. Compounding this migration was my forum was heavily customized and none of that customization would carry over.

Analyzing my situation here’s where I stood. If I could manage to the forum converted I would need to fix anything that broke, address details that couldn’t migrate over all while learning a brand new forum software and minimizing downtime. In the end the two words “minimizing downtime” became the most critical detail to be concerned with. Sure I could learn the new software, fix whatever breaks with trouble tickets from IPB support, but how long would this take? Time is after all money and one forum was responsible for 50% of my income. I understood I needed help.

The Answer to My Problem – Jason L

Not knowing where to turn for help I opened a trouble ticket with IPB. The technician who responded happened to know a few folks who had done this conversion work in the past. This was a great start. I reached out to the first candidate and I didn’t feel comfortable with him at all. Candidate number two I decided to Google before contacting. It seemed we had very similar interests and furthermore he was a former IPB employee and wrote the SMF to IPB conversion utility. I found my guy. A few email exchanges and we had a plan. Jason agreed to migrate my two forums completely for a couple hundred dollars. I was shocked at his rates. Jason set up test sites and migrations, fixed everything that broke, wrote some scripts to handle some special links, adjusted CSS to suit my advertisements and much more. In a matter of a Saturday afternoon both sites were migrated and users experienced about an hour of down time and another two hours debugging.

I was so impressed with Jason that I continue to use him to this day. It turns out he is good with all thing internet, IPB, WordPress and software related. He never charges enough so I tip him accordingly. Working with Jason I learned to put an hourly value on my time and I weigh that cost and down time versus what I pay a professional. The other Lesson is I should only focus on learning thing that will help me on a regular basis. There is no need to go through the pain of learning something that will never again be useful in my life, such as converting SMF to IPB.

Put A Dollar Value Your Time

Putting a dollar value on your time is critical. This is of course needed to determine the value of hiring a professional versus doing something yourself. If your not sure how to value your time base it on what you make at your day job. What is an hour of your time worth? Me personally I base my value on time and a half of my day job salary. This has worked well for me.

The final point is stress relief. When I’m working with Jason I do not worry about any “What if”s” or “What if something goes wrong?” I know that Jason has my back completely and this is massively comforting. 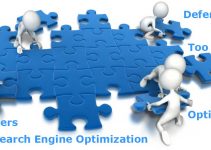 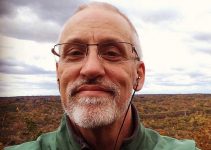 This site uses Akismet to reduce spam. Learn how your comment data is processed.

Note: These days the internet is very competitive and it’s difficult to financially support sites like this one. Companies do not give money away because someone is nice to them on a website. I believe that it’s only fair if a site is gaining exposure from someones hard work the origin site should be compensated. One of the easiest ways to get compensated is with what is called “affiliate links” Affiliate links are a unique link to a companies website. When someone clicks the affiliate link and buys what’s at the end of that link the company provides some sort of compensation to the origin site. That compensation can be financial or credit towards services and renewals. I try to make all my links affiliate links.